Artificial Intelligence, or AI, is not something only relegated to science fiction. It is a reality. Most people immediately think of their smartphones but what about the machinery that powers cities ... Read full review

So well written and had been very researched. Easy to understand about the "world" of computers of which we are a part....and what we are teaching them! Very believable. Will make you stop & think. Read full review

James Barrat is a documentary filmmaker who's written and produced films for National Geographic, Discovery, PBS, and many other broadcasters in the United States and Europe. He lives in Annapolis, Maryland, with his wife and two children. 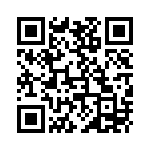