A sober analysis of the policies and diplomacy that created "the world's worst kept secret," which on one hand emphasizes the vision of David Ben Gurion in terms of initiating the program and on the ... Read full review

Avner Cohen is a senior research fellow at the National Security Archive at George Washington University. He has taught and researched in universities in Israel and the United States and has published numerous articles on subjects as diverse as skepticism, political theory, nuclear ethics, nuclear proliferation, and Israeli history. He is the coeditor of Nuclear Weapons and the Future of Humanity and The Institution of Philosophy. 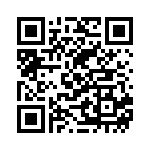