J. ROBERT BROWN, JR. is a Professor of Law at the University of Denver College of Law. Before joining the faculty, he practiced law in Washington, DC in both private practice and with the Securities and Exchange Commission. He has written a number of books and articles on the financial markets of Japan and the states of the former Soviet Union. 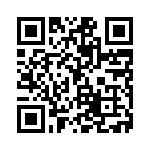