TREVOR MORRISis one of the UK's most senior PR practitioners and a visiting professor at the University of Westminster, UK,where he teaches on a range of postgraduate and undergraduate programmes. Until 2003 Trevor was Chief Executive of Chime Communications Public Relations Group, the UK's largest PR group, with some 250 employees. In over 25 years in the industry Trevor successfully built a major PR consultancy, worked for numerous major companies and government bodies and knew and worked alongside most of the key players in contemporary PR. He maintains a high profile within the industry and industry organisations and has made countless TV, radio and newspaper appearances. PR Week recently described him as one of the most influential people in public relations.

SIMON GOLDSWORTHYSenior Lecturer in Public Communication at the University of Westminster, UK. He has a first class degree in History from the University of London, UK. He established London's first Master of Arts course in public relations and has since added the teaching of public relations to the University's well-known undergraduate media studies programme. He has lectured to international audiences, including Johns Hopkins University, USA,and at the Sorbonne, France,where he is a Visiting Professor. His civil service career included three years at the Central Office of Information and press office work for a number of Government departments. He has also worked as a PR consultant in the private sector. 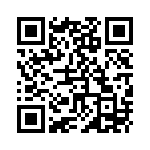