Mark Mazower is Professor of History at the University of London. He is the author of Inside Hitler's Greece, Greece and the Inter-War Economic Crisis, and Dark Continent: Europe's Twentieth Century, as well as editor of The Policing of Politics in the Twentieth Century: Historical Perspectives. 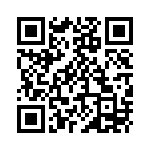