Brian J. Sharkey, PhD, has nearly 40 years of experience as a leading fitness researcher, educator, and author. Sharkey served as director of the University of Montana's Human Performance Laboratory for many years and remains associated with the university and lab as professor emeritus. He also served as a consultant with the U.S. Forest Service in the areas of fitness, health, and work capacity.

Sharkey is a fellow and past president of the American College of Sports Medicine and has served on the board of trustees. He served on the NCAA committee on competitive safeguards and medical aspects of sports, where he chaired the Sports Science and Safety subcommittee, which uses research and data on injury to improve the safety of intercollegiate athletes. Sharkey also coordinated the U.S. Ski Team Nordic Sportsmedicine Council. In 2009, Sharkey recevied the Fire Safety Award from the International Association of Wildland Firefighters.

Sharkey and his wife, Anne, reside in Missoula, Montana. He enjoys hiking, paddling, cycling, and both cross-country and downhill skiing.

Steven E. Gaskill, PhD, is a professor in the department of health and human performance at the University of Montana. His research interests include the relationship of physical activity to cognitive functioning in children; submaximal aerobic fitness and its relationship to work capacity and chronic disease; and long-duration work and exercise fitness as related to fitness, fatigue, immune function, and cognitive performance. Gaskill has published over 40 articles in refereed journals, presented his reasearch at numerous conferences, and authored three books.

Gaskill worked for the U.S. ski team for 10 years as head coach of the Nordic combined (ski jumping and cross-country skiing) and cross-country teams and as director of the coaches' educational programs. He has coached at three Olympic Games, and 20 skiers who have trained under him have competed in the Olympics. In 1992, the U.S. Ski Association named him the U.S. Cross-Country Coach of the Year.

Gaskill enjoys backpacking, tennis, mountain biking, cross-country skiing, fishing, and mountaineering. Serious about the active life, he continues to be active year round with his wife, Kathy 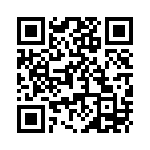