Julia Gillard was the 27th Prime Minister of Australia, serving from 2010 to 2013. Ngozi Okonjo-Iweala is Director-General of the World Trade Organization. She was Nigeria's Minister of Finance from 2003 to 2006 and from 2011 to 2015, and Foreign Minister in 2006. She was Managing Director of the World Bank from 2007 to 2011, overseeing South Asia, Europe, Central Asia, and Africa. She is the author of Reforming the Unreformable: Lessons from Nigeria (MIT Press). 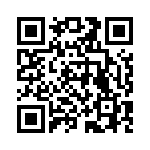