John Fox received a BA from the City College of New York and a PhD from the University of Michigan, both in Sociology. He is Professor Emeritus of Sociology at McMaster University in Hamilton, Ontario, Canada, where he was previously the Senator William McMaster Professor of Social Statistics. Prior to coming to McMaster, he was Professor of Sociology, Professor of Mathematics and Statistics, and Coordinator of the Statistical Consulting Service at York University in Toronto. Professor Fox is the author of many articles and books on applied statistics, including \emph{Applied Regression Analysis and Generalized Linear Models, Third Edition} (Sage, 2016). He is an elected member of the R Foundation, an associate editor of the Journal of Statistical Software, a prior editor of R News and its successor the R Journal, and a prior editor of the Sage Quantitative Applications in the Social Sciences monograph series.

Sanford Weisberg is Professor Emeritus of statistics at the University of Minnesota. He has also served as the director of the University's Statistical Consulting Service, and has worked with hundreds of social scientists and others on the statistical aspects of their research. He earned a BA in statistics from the University of California, Berkeley, and a Ph.D., also in statistics, from Harvard University, under the direction of Frederick Mosteller. The author of more than 60 articles in a variety of areas, his methodology research has primarily been in regression analysis, including graphical methods, diagnostics, and computing. He is a fellow of the American Statistical Association and former Chair of its Statistical Computing Section. He is the author or coauthor of several books and monographs, including the widely used textbook Applied Linear Regression, which has been in print for almost forty years. 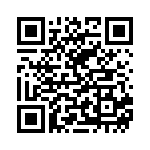