Readers know that today’s science fiction often becomes tomorrow’s science fact. But how does “Star Trek” stack up against the real universe? As readers explore the concepts, they will discover what ... Read full review

Lawrence Krauss is a theoretical physicist. Krauss is professor of physics, Foundation Professor of the School of Earth and Space Exploration, and director of the Origins Project at Arizona State University. He is the only physicist to have received awards from all three major U.S. physics societies: the American Physical Society, the American Association of Physics Teachers, and the American Institute of Physics. Lawrence Krauss received undergraduate degrees in mathematics and physics from Carleton University and his Ph.D. in physics from MIT. Krauss taught at Yale University and was Chairman of the Physics Department at Case Western Reserve University. Krauss is the author of several bestselling books, including The Fifth Essence (1991), Fear of Physics (1994), The Physics of Star Trek (1995), Beyond Star Trek (1997), Quintessence (2001), Atom (2002), Hiding in the Mirror (2005), Quantum Man: Richard Feynman's Life in Science (2010), and A Universe from Nothing: Why There Is Something Rather Than Nothing (2012). 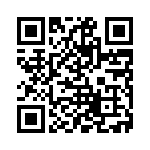