Strict social hierarchy, intricate hidden tests and an elaborate verbal code are the stuff of everyday life for prisoners in the Polish prison that Kaminski profiles. Arrested as a political prisoner ... Read full review

Marek M. Kaminski is Assistant Professor of Political Science and Mathematical Behavioral Science at the University of California, Irvine. Between 1982 and 1989 he managed Solidarity's underground publishing house STOP. 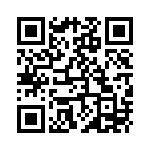