Page vii - The life of all living beings is food, and all the world seeks food. Complexion, clarity, good voice, long life, understanding, happiness, satisfaction, growth, strength and intelligence are all established in food. Whatever is beneficial for worldly happiness, whatever pertains to the Vedic sacrifices, and whatever action leads to spiritual salvation is said to be established in food.
Appears in 4 books from 1955-2004

COLLEEN TAYLOR SEN is a regular contributor of articles on food and travel to major newspapers and magazines. She specializes in ethnic and Asian cuisines, particularly India's foodways. 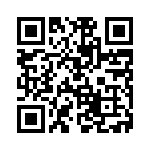