B. Venkat Mani is Professor of German at the University of Wisconsin-Madison, where he is also affiliated with the Center for the History of Print and Digital Culture and the Institute for Regional and International Studies. 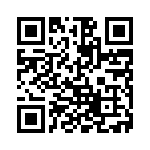