This book is very insightful and through it I found a good dozen other books it talks about I want to read. If you are a SciFi fan at all, you have to read this book. Read full review

Gabriel McKee earned his Master of Theological Studies from Harvard Divinity School. He is the author of Pink Beams of Light From the God in the Gutter: The Science-Fictional Religion of Philip K. Dick, as well as articles on religion in popular culture for the Revealer and Nerve. 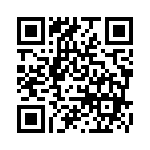