D. Kim Rossmo is the Detective Inspector in charge of the Vancouver Police Department's Geographic Profiling Section. Over the course of his 20-year policing career he has worked assignments in organised crime intelligence, emergency response, patrol, crime prevention, and community liaison. He holds a Ph.D. in criminology and has researched and published in the areas of policing, offender profiling, and environmental criminology. He is an Adjunct Professor at Simon Fraser University, sits on the editorial board for the international journal Homicide Studies, and is a member of the American Society of Criminology. Dr. Rossmo is the Vice President of the Canadian Association of Violent Crime Analysts, a member of the International Association of Chiefs of Police Investigative Operations Advisory Committee, and a former Executive Vice President of the Canadian Police Association. In 1998 he was made a Fellow of the Western Society of Criminology, and in 1999 accredited as one of British Columbia's top innovators and granted an Outstanding Alumni of the Year Award from Simon Fraser University for his work in developing geographic profiling. His present duties include assisting police agencies in Canada, the U.S., Britain, and Europe, including the Royal Canadian Mounted Police, the Federal Bureau of Investigation, and Scotland Yard, in cases of serial murder, rape, bombing, and arson. He has been recognized as an expert witness in the geography of crime and the hunting patterns of serial offenders. Dr. Rossmo is currently involved in several research, writing, and development projects. 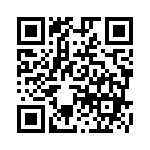