Jacob Habgood worked in the U.K. games industry for seven years, writing console games for Gremlin Interactive and Infogrames/Atari. During this time, he contributed to a wide range of titles and lead the programming teams on MicroMachines (PS2, X-Box and Game Cube) and Hogs of War (PlayStation). Jacob is now a doctoral student at the University of Nottingham, researching the educational potential of computer games. As part of this research, Jacob runs clubs and workshops teaching children and teenagers how to make their own computer games, providing free activities and resources through his website: www.gamelearning.net.

Nana Nielsen grew up in Denmark under the watchful eyes of two computer programmers: her parents. Being force-fed Tolkien books and text adventures on the Commodore 64, she developed a keen interest in both stories and games, and how the two intermingle. Since then, she has earned a degree in interactive media and worked in the games industry for more than a decade. She has published a dozen titles in different genres, including the platformer Crash Bandicoot: Twinsanity, the RPG Sudeki, the adventure series Broken Sword, and the sports title Virtua Tennis. She is currently working on the popular episodes of Doctor Who—The Adventure Games.

Kev Crossley began his long career as an artist at the tender age of three, when he discovered that rather than eating poster paint, it was actually useful for painting with. It was a while before he worked out that the teachers shouted less when you kept the brush on the paper, (rather than, for example, the trouser leg of Mr. Robinson!) Nevertheless, he displayed a precocious talent for one so young, and by the age of seven he was composing vast battles between armies of Daleks and Hulked-up dinosaurs on his bedroom walls (as he still hadn't mastered the art of staying on the paper.) Such a promising start augured well for the future, and after a distracting three years at university studying typography and how not to design stationary, he stumbled into a job as a video game artist. This was a role he enjoyed for 15 years before becoming a freelance illustrator, contributing to numerous RPG books and comics such as 2000AD and KISS4K. His book Fantasy Clip Art was published in 2006, and he writes regularly for various art magazines including ImagineFX. His grueling work schedule is made bearable by the unwavering support of his wonderful wife Fiona, and thanks to the example set by his son Aidan, Kev's brushes still stray from the paper...

Martin Rijks wrote his first lines of code on paper, at the age of 8, using a book from the library that he probably returned too late. Not owning a computer himself until years later, little Martin had to wait for birthday parties at his uncle's to actually be able to test his programs on a TI99/4A. When he had finally bought his own, he wasted the best years of his youth dashing boulders, shooting mutant camels, raiding stars or navigating several alternate realities carrying potions while swinging pointy weapons at critters. Martin discovered Game Maker in 2001 and ever since has kept prodding it to see what it would do. Having played an important role in building and maintaining the lively Game Maker community, you can still occasionally find him there telling people that They Are Doing It Wrong. For fear of not wanting to go home after working hours, Martin was fortunate enough to find a daytime job that has nothing to do with game development. These days hardly ever gaming, he still likes to challenge people for a multi-player match of Duke Nukem 3D but he is unable to find anyone who is still willing to play it. Having become a father while missing another deadline for the book, Martin is already planning to give his newborn son Dimar the same sermons he got from his own parents on the virtues of Playing Outside and Getting Some Fresh Air. This time he hopes they will work. 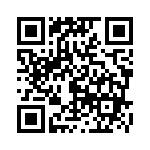