TED OSIUS is the State Departments' regional environmental affairs officer for Southeast Asia and the Pacific. 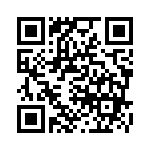