This book will be a classic if it isn't already. The novel might be particularly useful today in light of recent attempts to curtail issues of bullying and increase tolerance among teens. Like To Kill ... Read full review

Wonderful insight into autism from an autist's perspective. You can appreciate how difficult/different life is from both side's. This has to be THE book to read for anyone wanting to work with autism or even other mental disabilities. The book gets to you Read full review

Mark Haddon's work as an author includes A Spot of Bother, The Curious Incident of the Dog in the Night-time, The Real Porky Philips, Agent Z and Titch Johnson - Almost World Champion. His work for television includes Coming Down the Mountain, Fungus the Bogeyman and Microsoap. Polar Bears (2010) was Mark Haddon's first work for the theatre.

Simon Stephens has been the recipient of both the Pearson Award for Best New Play 2001-2 for his play Port, and the Olivier Award for Best New Play 2005 for On the Shore of the Wide World. His recent plays include Harper Regan (National Theatre), Punk Rock (Lyric Hammersmith/Royal Exchange, Manchester), Pornography (Traverse and Birmingham Rep), Wastwater (Royal Court and Wiener Festwochen), The Trial of Ubu (Hampstead Theatre) and Three Kingdoms (Lyric Hammersmith). 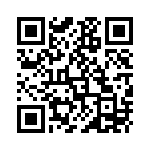