Richard Strauss and his world

This timely, important Festschrift stems from the current postmodernist reappraisal and widespread acceptance of Strauss's oeuvre. The book is in four parts: original essays by six musicologists ... Read full review 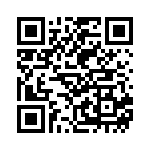