William Wilberforce, the son of a wealthy merchant, was born in Hull, in 1759. His father died when William was young and he was brought up for a time by an aunt and uncle, he came under the influence of his aunt, who was a strong supporter of John Wesley and the Methodist movement. William was converted to Evangelical Christianity and became interested in social reform, as result, he worked toward reform of the social ill of slavery. 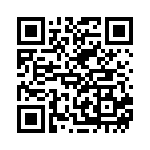