The Oxford companion to fairy tales

The M rchen, or fairy tale, is widely defined as a fictitious narrative with a human main character; it includes fantasy and is told as a means of instruction and/or entertainment. Born out of oral ... Read full review 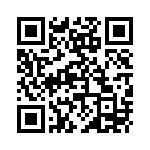