John Berendt crafts an engaging novel surrounding the real world death of Danny Hansford at the hands of Jim Williams, a multi-millionaire antique dealers. More than a murder story, Midnight in the ... Read full review

I can see why this is a best seller - Its full of well written, quirky characters, a never ending murder trial, everything needed to grab the attention of a reader. Set in Savannah, Georgia, John ... Read full review

The son of two writers, John Berendt grew up in Syracuse, New York. He earned a B.A. in English from Harvard University, where he worked on the staff of The Harvard Lampoon. After graduating in 1961, he moved to New York City to pursue a career in publishing. Berendt has written for David Frost and Dick Cavett, was editor of New York magazine from 1977 to 1979, and wrote a monthly column for Esquire from 1982 to 1994.

Berendt first traveled to Savannah in the early 1980s, when he realized that he could fly there for a three-day weekend for the price of “a paillard of veal served on a bed of wilted radicchio” [p. 24] in one of New York’s trendier restaurants. Over the ensuing eight years his visits became more frequent and extended, until he was spending more time in Savannah than in New York.

Since the publication and unprecedented success of Midnight in the Garden of Good and Evil, Berendt has become a Savannah celebrity and was even presented with the key to the city. “I took it down to City Hall one night to see if it would work, but it didn't.” (Syracuse Post Standard, 4/5/1994) 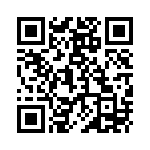