Henry Louis Gates, Jr., is Alphonse Fletcher University Professor and the Director of the W. E. B. Du Bois Research Institute at the Hutchins Center for African and African American Research at Harvard University. 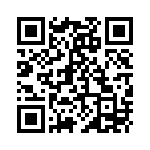