I read the stories in this book in the late 70's or early 80's so I barely remembered the book. But I looked them over before I mooched it out and it's interesting how many of them I actually remembered once I just looked at the premise of each story. Read full review

This is an enjoyable collection of 14 of McCaffrey's short fiction. Six of the stories are set within the universes of popular series she created. "The Smallest Dragonboy" is set in her popular Pern ... Read full review

Anne McCaffrey, one of the world’s most popular authors, is best known for her Dragonriders of Pern® series. She was the first woman to win the two top prizes for science fiction writing, the Hugo and Nebula awards. She was also given the American Library Association’s Margaret A. Edwards Award for Lifetime Literary Achievement in Young Adult Fiction, was inducted into the Science Fiction Hall of Fame, and was named a Science Fiction Writers of America Grand Master. Born in Cambridge, Massachusetts, in 1926, McCaffrey relocated to Ireland in the 1970s, where she lived in a house of her own design, named Dragonhold-Underhill. She died in 2011. 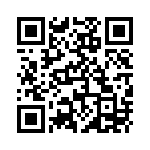