Norman Polmar is an analyst, consultant, and author specializing in naval, aviation, and science and technology issues. He has been a consultant or advisor on naval-related issues to three U.S. senators, the Speaker of the House, and the Deputy Counselor to the President, as well as to the Director of the Los Alamos National Laboratory. He has written or coauthored more than fifty published books and numerous articles on naval, aviation, technology, and intelligence subjects.

Dana Bell is a leading expert on the history of aviation. Now retired after thirty years with the Smithsonian's National Air and Space Museum, he was formerly Technical Information Specialist at the NASM Archives and also worked at the U.S. Air Force Still Photo Depository. Bell is the author of more than twenty books on aviation subjects, including At the Controls, Smithsonian National Air and Space Museum Directory of Airplanes, and One Hundred Years of World Military Aircraft. 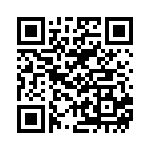