Harvard historian Pipes, author of a number of seminal books on Russia (The Russian Revolution, 1990; Russia Under the Bolshevik Regime, 1994; etc.), seeks here to find the reason for the virtual ... Read full review

Property can be studied from two distinct points of view: as a concept and as an institution. The two approaches yield very different results. Throughout the history of thought, property has enjoyed a mixed reputation, being identified sometimes with prosperity and freedom, sometimes with moral corruption, social injustice, and war. Utopian fantasies, as a rule, place the abolition of the distinction between "mine" and "thine" at the center of their vision. Even many thinkers favoring property view it as, at best, an unavoidable evil. The history of all societies, on the other hand, from the most primitive to the most advanced, reveals the universality of property claims and the failure of every attempt to found a propertyless community, whether voluntarily or by force. In this instance, therefore, there is an unusually wide disparity between what mankind thinks it wants and what, judging by its actions, it really prefers. Lewis Mumford explained this disparity by suggesting that man lives in two worlds--the world within and the world without, the first being the realm of ideas, wishes, and images, the latter that of harsh, inescapable reality. "If the physical environment is the earth, the world of ideas corresponds to the heavens."

We shall, accordingly, divide our discussion into two parts. The present chapter will deal with the attitudes toward property of Western philosophers, theologians, and political theorists. The chapter that follows will be devoted to the institution of property as revealed by history, psychology, anthropology, and sociobiology. The distinction, of course, is artificial and is introduced only for the sake of clarity of exposition; in actuality, ideas and events have constantly interacted. As we shall point out, every change in attitude toward property can be explained by political or economic developments.

Discussions of property from the time of Plato and Aristotle to the present have revolved around four principal themes: its relation to politics, ethics, economics, and psychology.

1. The political argument in favor of property holds that (unless distributed in a grossly unfair manner) it promotes stability and constrains the power of government. Against property it is claimed that the inequality which necessarily accompanies it generates social unrest.

2. From the moral point of view, it is said that property is legitimate because everyone is entitled to the fruits of his labor. To which critics respond that many owners exert no effort to acquire what they own and that the same logic requires everyone to have an equal opportunity to acquire property.

3. The economic line of reasoning for property holds that it is the most efficient means of producing wealth, whereas opponents hold that economic activity driven by the pursuit of private gain leads to wasteful competition.

4. The psychological defense of property maintains that it enhances the individual''s sense of identity and self-esteem. Others assert that it corrupts the personality by infecting it with greed.

These four approaches fairly exhaust the range of arguments for and against property articulated during the past three thousand years. At its most fundamental, the controversy pits the moral approach against the pragmatic.

The ethical treatment of property, which has dominated the discussion until modern times, has evolved against the background of a pervasive belief in the existence of a "Golden Age." In its most familiar guise, the Golden Age is the Jewish, Christian, and Islamic Paradise (Garden of Eden), but in one form or another it is common to all civilizations. The outstanding quality of this mythical past is the absence of private ownership: in the Golden Age everything is said to have been held in common and the words "mine" and "thine" were unknown. Since, as we shall show in the chapter that follows, no society has ever existed without some kind of property, the vision of an ideal propertyless world must be grounded not in collective memory but in collective longing. It is inspired by the belief that inequalities of status and wealth are "unnatural." They have to be man-made, not God-made: for are not all beings born equal and, upon death, do they not turn alike to dust?

The earliest known depiction of the Golden Age occurs in a work by Hesiod, a contemporary of Homer, called Works and Days. The Greek poet of the early seventh century b.c.e.* speaks of four "metallic" ages of mankind--the Golden, Silver, Bronze, and Iron, each latter age marked by progressive moral decline. In the earliest, Golden age, when the world was ruled by the Titan Cronus, all goods were available in abundance and peace prevailed. But in his own time, which he labeled the Age of Iron, Hesiod saw violence and the "shameful lust for gain" prevail over justice. This image of the blissful infancy of humanity entered the mainstream of Greek and Roman literature. As we shall see, the idea of the Golden Age exerted great influence on European thought of the Renaissance period, stimulating the voyages of discovery and influencing how the discoveries were perceived.

The earliest theoretical assault on property is to be found in Plato''s Republic, a work which has exerted influence on all subsequent utopias. The Republic and its successor, the Laws, were not the first works to seek ways of eliminating property as the cause of social strife, but the writings of Plato''s predecessors have not survived and are known only from hearsay. Plato wrote at a time when Greece was in turmoil from social conflicts within the city-states and wars among them. He is said to have been inspired by the example of Sparta, a highly centralized state in which the government prevented the concentration of wealth in the hands of the elite, and which in the drawn-out Peloponnesian war ultimately defeated and subjugated Athens. Sparta''s triumph was widely attributed to her constitution, said to have been drawn up by Lycurgus, her legendary founder, which outlawed trade and industry in order to free the citizens for war. 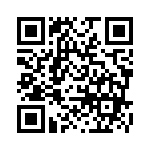