A travelogue through an imagined future dys-/u-topia. From what we are told in the story there was a long war that led to a strong desire to reform everything about society and eliminate every ... Read full review

Perfect for 2021 PopSugar Reading Challenge prompt #39: A book everyone seems to have read but you. Also one of NPR's Top 100 Sci-fi and Fantasy books. If you're looking for similar books, I highly ... Read full review

Aldous Huxley was born on July 26, 1894, in Surrey, England, into a distinguished scientific and literary family; his grandfather was the noted scientist and writer, T.H. Huxley. Following an eye illness at age 16 that resulted in near-blindness, Huxley abandoned hope of a career in medicine and turned instead to literature, attending Oxford University and graduating with honors. While at Oxford, he published two volumes of poetry. Crome Yellow, his first novel, was published in 1927 followed by Antic Hay, Those Barren Leaves, and Point Counter Point. His most famous novel, Brave New World, published in 1932, is a science fiction classic about a futuristic society controlled by technology. In all, Huxley produced 47 works during his long career, In 1947, Huxley moved with his family to southern California. During the 1950s, he experimented with mescaline and LSD. Doors of Perception and Heaven and Hell, both works of nonfiction, were based on his experiences while taking mescaline under supervision. In 1959, Aldous Huxley received the Award of Merit for the Novel from the American Academy of Arts and Letters. He died on November 22, 1963. 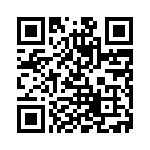