Damian Tambini is Lecturer at the London School of Economics. He was previously Head of the Programme in Comparative Media Law and Policy, Oxford University. He is also Associate Fellow at the Institute for Public Policy Research (IPPR), the Oxford Internet Institute and at Oxford University's Said Business School. Tambini's previous publications include Privacy and the Media (2003), Collective Identities in Action: Theories of Ethnic Conflict (2002), New News: Impartial Broadcasting in the Digital Age (2002), Nationalism in Italian Politics (2001), Citizenship, Markets, and the State (2000) and Cyberdemocracy (1998).

Danilo Leonardi is Head of PCMLP (Programme in Comparative Media Law and Policy) at the University of Oxford's Centre for Socio-Legal Studies. He also co-ordinates the IMLA (International Media Lawyers Association), an international network of lawyers working in the areas of media law, media freedom and media policy. He is a founding member of the Legal Human Academy, a group dedicated to innovation in methods for teaching law.

Chris T. Marsden LL.B., LL.M. is Professor of Law at the University of Sussex School of Law. He is the author of Net Neutrality: Towards a Co-Regulatory Solution, Internet Co-Regulation, and three other books. 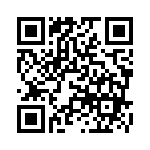