Michael C. Ashton is a professor of psychology at Brock University in St. Catharines, Ontario. He received his Ph.D. from the University of Western Ontario in 1998. As a grad student in the late 1990s, together with Kibeom Lee, he did some cross-cultural research to find out whether the “Big Five personality dimensions found in North America could be recovered in other cultures. Using their own work and that of other researchers, they found that there were actually six personality dimensions. The “new one was the H factor, or the Honesty-Humility Factor, was discovered and is now considered one of the six dimensions of human personality. In addition to the second edition of the textbook, Individual Differences and Personality, he is the author of numerous articles in scientific journals, and co-authored with Kibeom Lee The H Factor of Personality. 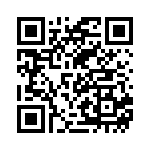