THE TROUBLE WITH GOVERNMENT

An academic's notes, alternately gloomy and optimistic, on a troubled republic.Continuing the survey of contemporary American politics that he began with The State of the Nation (1996), Harvard ... Read full review

The trouble with government

The one American institution as notoriously difficult to manage as our federal government might be Harvard University, which gives Harvard's president emeritus standing to analyze why the government ... Read full review 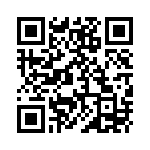