The Name of the Wind is an excellent piece of fantasy literature, roughly on par with George R. R. Martin's "Song of Ice and Fire" books, albeit not as impressive as a jarring, unique work like Mieville's "Perdido Street Station." The book is a story-within-a-story, as the old protagonist, Kvothe, tells the tale of his youth. Rothfuss has created a hero who is likable and easy to relate to, but who is flawed and in some ways is unlike typical fantasy heroes. The story's focus is on Kvothe's struggles to overcome adversity of various sorts, usually armed only with his razor-sharp wits and the clothes on his back. It's a definite page-turner, and it's also very accessible to a younger reading audience; I'd say this could be shelved as easily in the "young adult" section as in the regular SF&F section of the bookstore.
Much of the action in this book takes place at a university for training young arcanists (magic users), which is clearly modeled on a modern-day university undergraduate program. While the concept is reminiscent of Harry Potter, it has a very different feel due to its darker tone, the style of the magic, and the smaller role the university plays in the life of the protagonist (across multiple books). Still, you have to be willing to read what is in large part a college tale with a fantasy "skin" - a very similar story could have been set in, say, present day Philadelphia without magic.
One of the book's surprises, and arguably its greatest strength, is its treatment of music. I've never read a book that does a better job helping the reader become caught up in the process of creating and playing music, and its meaning for the characters who play and hear that music. One of the few other books I've read that attempted this was "War for the Oaks" by Emma Bull, but Bull focused primarily on the emotional experience of playing music in a band, which doesn't come through well for a reader who isn't a music-maker. Rothfuss instead focuses on the cultural meaning and technical challenge involved in playing various songs, slowly introducing the reader to the set of musical pieces that are important in his fictional world. You feel like you're slowly becoming an expert in this genre of fictional folk music- it's more like learning "music history" than music itself. That may sound boring, but it's not. It's just a small part of the book, but it dramatically enriches the experience with authenticity and cultural detail. It makes me almost feel like picking up an instrument and trying to learn to play- and no book has ever done that for me before.
Rothfuss doesn't attempt to simulate very many old-fashioned or Medieval ideas or cultural leanings. It sometimes feels as though everyone, but especially Kvothe, has an aggressively modern worldview and personality, but just happened to be born in a low-tech fantasy world. This makes the book feel less "realistic" in a way. George R. R. Martin does a better job making characters whose mentalities are more reflective of the primitive conditions in which they live. On the other hand, this also makes the book lighter, faster to read, and arguably makes it easier to relate to the characters. It's an interesting trade-off, and I wonder if it was done consciously.
While the book generally adheres to a high fantasy model, it occasionally has stunning, intentional breaks from the usual fantasy tropes. These aren't very common, but their presence is enough to keep you on your toes and make you unsure what is going to happen next. Similarly, the story tells you up front some of the highlights in Kvothe's life, but not how those things came to pass. The wonder of how Kvothe gets from point A to point B pulls the reader along surprisingly well. I thought that knowing point B would be a spoiler of sorts, but in these books, the journey really is what counts, not the destination.
I had trouble deciding

It's an excelent book, full of imagination, magic, mistery, love and passion, everything one could hope to find in a book. As a personal opinion the book is by far one of the best creations of the past years. Not only does the story captivates the reader but makes it feel and live every word in the book. Kvoth the main character wins the heart of those fortunates who's lives are crossed with this, his story. Patrick Rothfuss made us believe again in magic, "The Name of the Wind" show the world that no matter who you are, where you live in, or what you believe in, imagination is the most powerfull tool as it is magic itself. There are not enough words to describe the gratitude towards the author for bringing this work of art to the world, but mostly because "The Name of the Wind" is just the beginning of a mind blowing trilogy. Readers all over the world are waiting impatiently for more of Kvoth's adventures, and so am I.
Maria del Mar P. 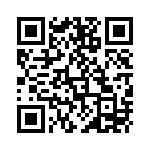