Alexander Betts is Professor of Forced Migration and International Affairs and Director of the Refugee Studies Centre at the University of Oxford. His research focuses on the politics and economics of refugees. His books include Protection by Persuasion: International Cooperation in the Refugee Regime (Cornell University Press, 2009), Survival Migration: Failed Governance and the Crisis of Displacement (Cornell University Press, 2013), and Mobilising the Diaspora: How Refugees Challenge Authoritarianism (Cambridge University Press, 2016). His writing has appeared in Foreign Affairs, The Guardian, and The New York Times. He has worked for UNHCR and served as an advisor to the World Humanitarian Summit. He is the founder of the Humanitarian Innovation Project and a World Economic Forum Young Global Leader.

Louise Bloom is Research Officer at the Refugee Studies Centre at the University of Oxford. Her research focuses on the 'bottom-up' perspectives of humanitarian innovation, and she has carried out field-work in several countries across East Africa, and also in Jordan, South Africa, India, and the US. She has worked in the International Development and Humanitarian sector with International Non-Government Organisations (INGOs), including Save the Children UK and Oxfam, and in Myanmar and Haiti.

Josiah Kaplan is Research Associate at the Refugee Studies Centre at the University of Oxford. He is Senior Research advisor for ELRHA, and specialises in applied social research methods for aid and development. He has provided past research and programme support to organisations including Human Rights Watch, Medecins Sans Frontieres, UNICEF, United Nations Department of Peacekeeping (DPKO) Best Practices Unit, and UNDP-Sierra Leone Peace and Development Unit. He completed his DPhil in International Relations and his MPhil in Development Studies at Oxford.

Naohiko Omata is Senior Research Officer at the Refugee Studies Centre at the University of Oxford. Prior to joining the RSC, Naohiko was Senior Teaching Fellow in Development Studies at the School of Oriental and African Studies (SOAS) at University of London. Previously, he has worked as a practitioner and consultant for UNDP, UNHCR, and international and local NGOs in various Sub-Saharan African countries. Based on extensive research in West Africa, Naohiko has published widely on refugee livelihoods, rights and repatriation including articles in the Journal of Refugee Studies and Forced Migration Review. Naohiko received his PhD in Development Studies at SOAS, University of London. 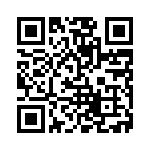