A very interesting book, clearly the product of an immense amount of research and written in a generally dispassionate way that is unusual given the emotional resonance of the subject - the path to ... Read full review

This the best volume I have read on the Middle East in the First World War. The author does a fine job of explaining the relationships and motives between the stakeholders in this critical theater of ... Read full review

Jonathan Schneer was born in New York City. He earned his BA from McGill University and his PhD from Columbia University. He has taught at Boston College and Yale University and is currently the professor of modern British history at the Georgia Institute of Technology. He has held numerous fellowships in the US and UK and is the author of five previous books, most recently London 1900: The Imperial Metropolis and The Thames. He lives in Atlanta, Georgia. 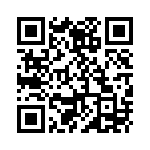