Saad D. Abulhab is a known Arabic type designer, librarian, systems engineer, and independent scholar. Born 1958 in Sacramento, California, and grew up in Iraq. He moved to New York in 1979, where he earned a Bachelor of Science in Electrical Engineering and a Master of Science in Library and Information Science. Prior to his new translation of the Hammurabi Codex, Mr. Abulhab offered equally important new readings of several tablets from the Epic of Gilgamesh, which was published as a book in 2016. In addition to his pioneering readings of the ancient Mesopotamian languages, he had also offered important new readings of the major Nabataean and early Arabic inscriptions, and significant contributions in the study of the pre-Islamic Arabic Musnad script, and the early Quranic Arabic Kufic script. 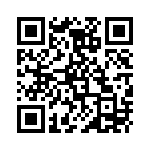