Richard Stites is professor of history at Georgetown University. He has published books with Oxford, Cambridge, and Princeton. In 1989 he won the prestigious Wayne Vucinich award presented annually by Slavic historians to the best new book in their field. He also contributed a chapter to the Third Edition of Houghton Mifflin's Becoming Visible text. He earned his Ph.D from Harvard in the areas of social and intellectual history of 19th- and 20th-century Russia. He has since become known for his work in the areas of 19th- and 20th-century gender and culture as well. 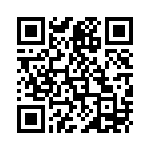