THE EXPANDING CIRCLE: Ethics And Sociobiology

Peter Singer is the Ira W. DeCamp Professor of Bioethics in the University Center for Human Values at Princeton University and Laureate Professor at the University of Melbourne. His books include Animal Liberation, Practical Ethics, Rethinking Life and Death, One World, and, most recently, The Life You Can Save. 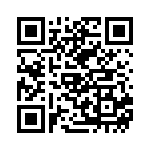