Perfect compliment to the television series!

It stayed true to the characters and brought you into their minds and emotions like never before. You discover the background of every character which only makes you love them more. I read the whole book in a matter of hours I could not put it down. Read full review

After readig this book I asked myself the following:
Need to lose weight?
How to lose weight fast ?
How to lose weight in a week ? And now ... read my successful story here
==>> http://herbsin.com/CathysWeightLossDiet.html
Some excerpts from my diary:
- rapid loss weight exercise abdominal
- abdominal best the of list exercises
- bell exercise equipment
- binder cord spinal abdominal and injury
- fast food nutrition fact
Good Luck!

He scripted the internationally syndicated comic strip Dick Tracy from 1977 to 1993 and has written the Batman comic book and newspaper strip. His graphic novel, Road to Perdition, has been made into a DreamWorks feature film starring Tom Hanks and Paul Newman, directed by Sam Mendes.

Collins lives in Muscatine, Iowa, with his wife, writer Barbara Collins, and their teenage son, Nathan. 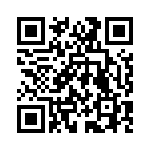