Hold on for Adventure!

This is a great fantasy, adventure book. As Lyra leaves her university home in order to save her best friend, she must depend upon polar bears, witches and gypsies to accomplish her mention. Sometimes ... Read full review

This is one of the most original fantasy books I have ever read. I loved the adventure, drama and mystery of it. Couldn't wait to read the next. Read full review 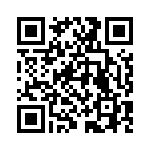