Steven Rosen is the author of some twenty books on Hindu-related subjects. He is an initiated disciple of Srila A.C. Bhaktivedanta Swami Prabhupada and the editor-in-chief of the Journal of Vaishnava Studies, a peer-refereed academic journal focusing on the culture and philosophy of Vaishnava-Hinduism. He lives in upstate New York. 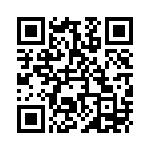