Lindbergh and Miller are two journalists who firmly believe in the utility of statistical analysis for improving and managing baseball players and teams. They get the opportunity to essentially manage ... Read full review

In 2015, Ben Lindbergh and Sam Miller, a pair of sportswriters, bloggers and podcast hosts got the owners of an 4-team independent baseball league* to agree to allow them to apply the relatively new ... Read full review 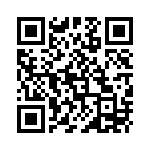