Kenneth Lapatin is associate curator of antiquities at the J. Paul Getty Museum. He is the coauthor of The Last Days of Pompeii: Decadence, Apocalypse, Resurrection. 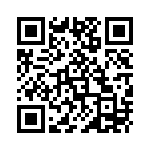