This book came out of nowhere to with the National Book Award in 1960. Percy was a doctor disqualified from medical practice because of tuberculosis. He had published a few philosophical musings in ... Read full review

Generally, the writing was sufficient, but the story lagged and almost squandered itself in its own conception. I did not feel that it was strong enough to hold my interest, and it lagged considerably throughout my reading. Not recommended. Read full review

Walker Percy (1916–1990) was one of the most prominent American writers of the twentieth century. Born in Birmingham, Alabama, he was the oldest of three brothers in an established Southern family that contained both a Civil War hero and a U.S. senator. Acclaimed for his poetic style and moving depictions of the alienation of modern American culture, Percy was the bestselling author of six fiction titles—including the classic novel The Moviegoer (1961), winner of the National Book Award—and fifteen works of nonfiction. In 2005, Time magazinenamed The Moviegoer one of the best English-language books published since 1923. 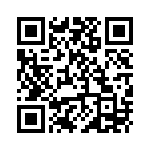