Maybe I shouldn't be as self-revealing as this in front of a million and a half strangers, but after nearly seventy years of reading, in several languages, this remais my favorite of all novels, and ... Read full review

the strangest book ever? I never read this one out though. it was too weird! even for me..! nobel laureate? this is what I remembered, I´m not 100% sure its correct so I hope someone will make a ... Read full review

Anatole France was the pen name of Jacques Anatole Francois Thibault, who was born in Paris in 1844. The son of a bookseller, Thibault had a lifelong interest in literature. He worked as a schoolteacher, as a reader and editor for publishing houses, and as an assistant librarian in Paris' Senate Library, in addition to writing fiction, plays, poetry, criticism, and autobiographical stories. In his lifetime, Thibault was considered one of France's most beloved authors, and he received the Nobel Prize for literature in 1921. France's first novel was The Famished Cat, published in 1879. France's best-known novels include Monsieur Bergeret in Paris, The Crime of Sylvestre Bonnard, Member of the Institute (for which he received an award from the French Academy in 1881), At the Sign of the Reine Pedauque, Penguin Island, Thais (which became the basis for an opera), The Gods Are Athirst, and The Revolt of the Angels. During the late 1890s Thibault became very involved in political and social issues. He was especially committed to socialism and to the fight against anti-Semitism, mainly as a result of the Dreyfuss affair. This new awareness was reflected in his writing, particularly in books such as Penguin Island, which criticized contemporary French society, and The Revolt of the Angels, which parodied the Catholic Church. He also became the literary advisor to l'Humanitie, an influential socialist newspaper, and frequently contributed articles to it until, dissatisfied with the Communist party that had eventually evolved, he renounced all political ties to the left just before his death in 1924. 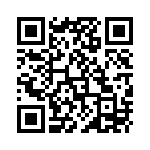