I'm giving this one negative ten stars! This is the sad, pitiful tale of a thug whose ego and self agrandizing mannerisms are larger than the amount of treasures and banks he has robbed. Small in ... Read full review

Myles J. Connor grew up in Milton, Massachusetts, the son of a decorated policeman. During the 1960s and '70s he was the leader of a successful Boston rock-and-roll band, Myles and the Wild Ones. He robbed his first museum when he was twenty years old. Shortly after, he gained notoriety for his daring escape from a Maine jail, and for his involvement in a dramatic shoot-out with Boston police. Connor has planned and executed numerous bank robberies and museum heists, several of which are told here for the first time.

Coauthor Jenny Siler, the author of six novels, first met Myles in the fall of 2007. Together, Jenny and Myles have interviewed many eyewitnesses to the events described in the book. For help in reconstructing and corroborating Myles's story, Jenny has combed through numerous documents, including newspaper archives, police reports, court records, transcripts of FBI interviews, and personal correspondence. 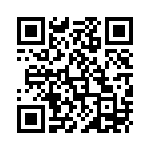