Mattei Dogan, Ph.D., Sorbonne, is Honorary Research Director of National Center of Scientific Research, Paris and former Professor of Political Science, University of California, Los Angeles. His many articles and books include Comparing Nations: Concepts, Strategies and Substance (Blackwell, 1994) and Elites, Crises and the Origins of Regimes (Rowman and Littlefield, 1998). 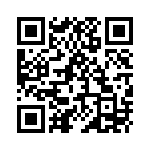