Ian Kershaw is a highly acclaimed historian and professor of modern history at the University of Sheffield. He is well known for his writings on Nazi Germany, especially his definitive two-volume biography of Adolf Hitler, Hitler, 1889-1936: Hubris and Hitler, 1936-1945: Nemesis. He lives in Manchester, GB. 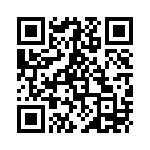