Amy Helene Forss has a PhD in African American history and teaches at Metropolitan Community College in Omaha, Nebraska. Her work has appeared in journals such as Nebraska History and Great Plains Quarterly. 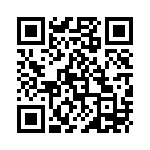