Paul Giles is University Lecturer in American Literature at the University of Cambridge and author of Hart Crane: The Context of The Bridge. 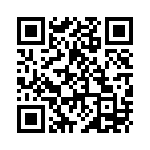