Tse-fu Kuan is an assistant professor at the General Education Centre, National University of Kaohsiung, Taiwan. He is interested in Indian Buddhism and is the author of An Introduction to Samatha and Vipasyana of the Mahayana (co-authored with Ven. Dr Huimin Bhikkhu, Taipei: Dharma Drum Culture, 1997) and several articles in leading journals including the Journal of Indian Philosophy. 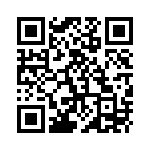