Adam Zertal, Ph.D. Tel Aviv University, is Professor of Near Eastern Archaeology at the University of Haifa, Israel. He has dedicated most of his career to the survey of Manasseh and research of that territory. His works include Arubboth, Hepher and the Third Solomonic District (Tel Aviv, 1984), The Israelite Settlement in the Hill Country of Manasseh ( 1988), and The Manasseh Hill Country Survey (Tel Aviv and Haifa, 1992/1996/2000). He is involved in the Manasseh Survey, several excavations, and various other activities. He excavated the altar on Mount Ebal, el-Ahwat, and other Biblical sites. 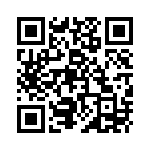