Alfred L. Brophy is Reef C. Ivey II Professor of Law at the University of North Carolina. He is the author of Reconstructing the Dreamland: The Tulsa Riot of 1921: Race, Reparations, and Reconciliation and Book Reviews Editor of Law and History Review. He contributed to the report to the Tulsa Race Riot Commission, a body created by the Oklahoma Legislature to investigate the riot and make recommendations for reparations. Brophy has appeared on CNN's News Night with Aaron Brown, NBC Nightly News, NPR's "Fresh Air," the "Tavis Smiley Show," and "Talk of the Nation," and has been quoted in such newspapers as the Chicago Tribune, Los Angeles Times, New York Times, and Washington Post. 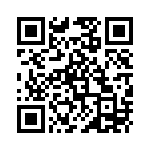